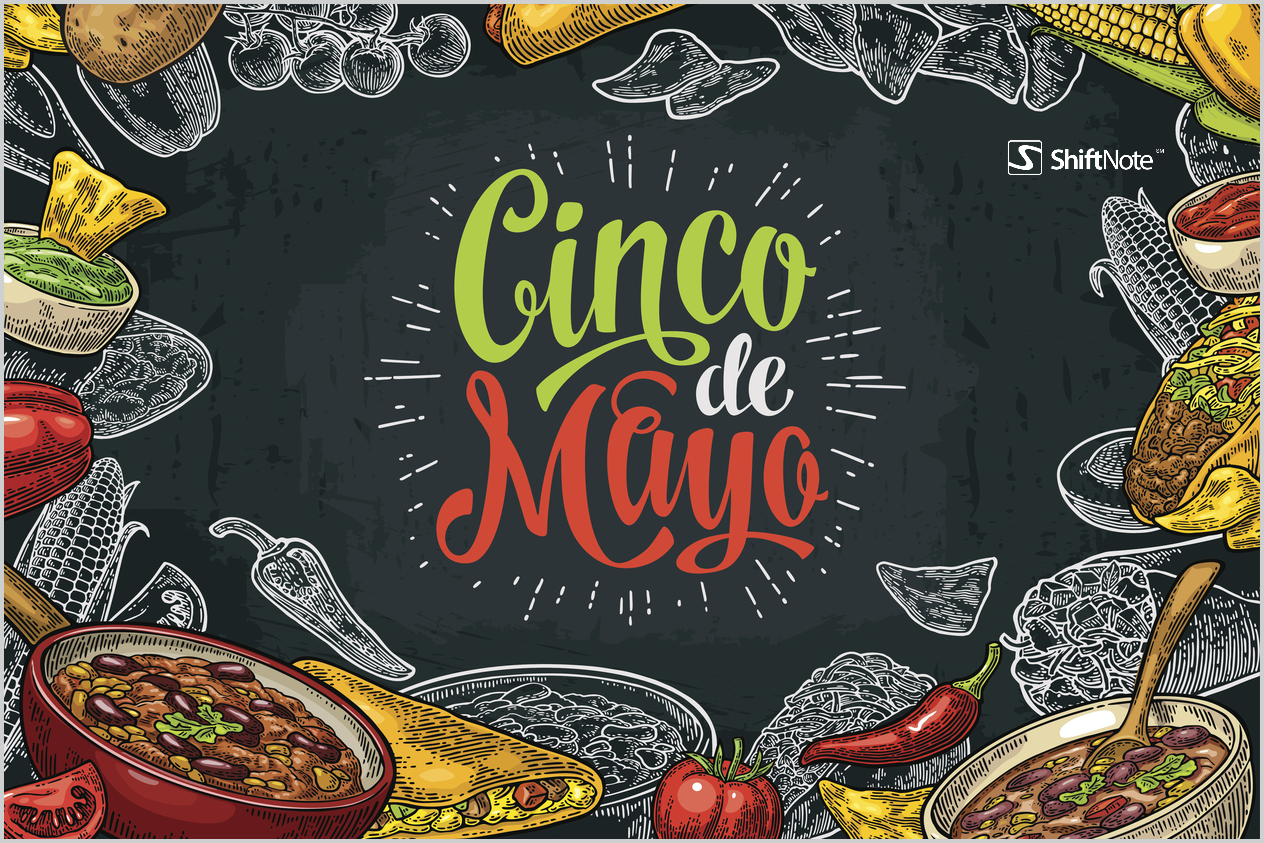 Feliz Cinco de Mayo! The holiday has gained popularity in the US and Canada for the delicious dishes and tasty frozen beverages. But the origins of this holiday go back further. The food traditions and history that helped establish the holiday outside of Mexico give us insight into why Cinco de Mayo is so popular and so delectable!

Cinco de Mayo is celebrating the Mexican victory of a battle in Puebla against the French army on May 5,1862 during the French-Mexican War. The reason this particular battle is so celebrated is because the odds were not in Mexico’s favor. The Mexican army was greatly outnumbered by the French who had been undefeated in battle for over 50 years. President Juarez made the day a national holiday in September of that same year and we still celebrate Cinco de Mayo today!

Every year in the town of Puebla where the battle took place, there are action-packed reenactments of the Mexican victory over the French. It begins with a parade of men dressed in Mexican and French uniforms with women in brightly colored skirts dancing along. Then the battle reenactment begins with sword fights and cannon smoke. Along with the parade, the streets are lined with colorful decorations and there is mariachi music and dancing.

Outside of Puebla, the colorful decorations and mariachi music continue throughout Mexico, Canada, the US, and some tropical islands. They are paired with traditional Mexican dishes and a huge pouring of tequila to celebrate the victory.

While enchiladas, tacos, and margaritas are commonly consumed in the US for Cinco de Mayo, the cultural dishes associated with the holiday in Mexico have a rich history. Puebla was considered a culinary capital in an ancient city before Spanish explorers invaded the area. It was home to early versions of streetcar vendors who would sell delicacies to those arriving to the Cholula pyramid for worship. To make your holiday more authentic, check out these dishes from the historic city where the battle took place.

Chalupas. Unlike the American-ized chalupas that you find on the Taco Bell menu, authentic chalupas are more like tostadas with thick fried tortillas topped with meat, queso fresco, salsa, and onion. This was considered a quick dinner to serve after spending all day washing clothes in large baskets called chalupas.

Chiles en Nogada. Chiles en Nogada are very patriotic as they are colored red, green, and white like the Mexican flag and has become an iconic dish in Mexico. The dish combines sweet and savory perfectly with a picadillo stuffed poblano pepper fried in egg batter and topped with a walnut sauce, parsley, and pomegranate seeds.

Tamales. Tamales are a very traditional dish to make to celebrate Cinco de Mayo, but not so much because of the flavor. The act of making tamales is labor intensive and is an activity that brings the whole family together. The anticipation of making the tamales all day with the family tops off the flavor and joy of eating them.

Pastel de Tres Leches. Of course you have to have desert on Cinco de Mayo! Pastel de Tres Leches, translated to three milk cake, is a very moist cake made with egg whites and soaked in three types of milk. Part of the tasty-ness of this cake is a homemade whipped cream topping!

To keep the party going, get some of our tips to make the summer patio season more successful for your restaurant.

Food and Drink - A History of St. Patrick's Day Traditions

Of the many holidays throughout the year where food and drink are part of the traditions, St. Patrick's Day provides a great opportunity for people to go out and...

What better way to celebrate Mother’s Day than to take your mother out for a special meal? This is the thought that many dads and children have when planning the best...