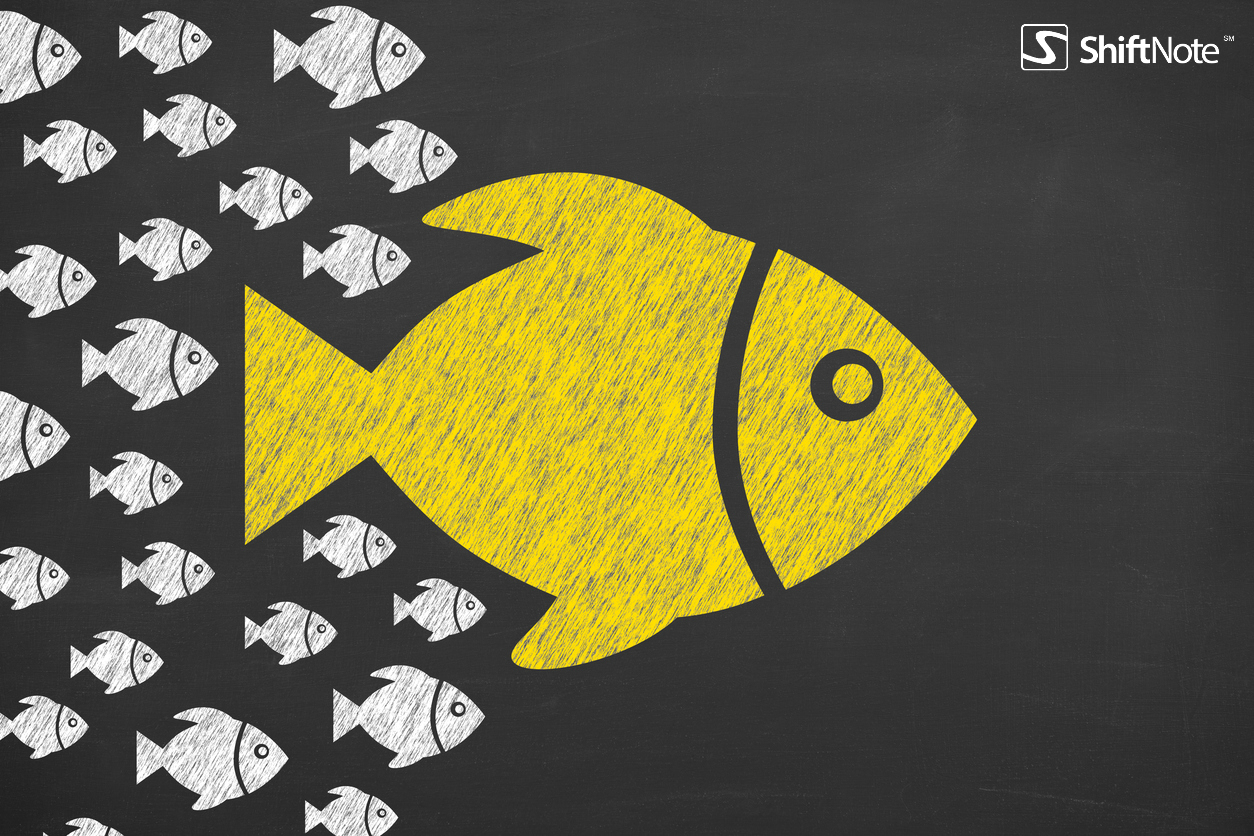 Being a restaurant manager is no easy feat. Challenges in the workplace are ever-present – from developing smart systems, hiring and retaining good workers and training, to restaurant layout and menu preparation, and employee management, every day is filled with unique situations and opportunities to maintain a healthy heartbeat in your restaurant.

Yet, taking time out of your workday to read up on professional development opportunities is often overlooked. Luckily, you can leave this to the experts! They already have smart systems in place to make your restaurant more efficient, profitable, sustainable, and frankly more delicious.

Back by popular demand (we covered this same topic in 2017), here are the top 10 restaurant experts –writers, editors, chefs, and food industry thought leaders – to follow in 2018.

Eric is an enthusiastic host of Restaurant Unstoppable, a podcast that empowers independent restaurant owners, managers, and operators with the tools, knowledge, and attitude to be successful. Eric features a special guest each week — either a popular chef or a mover and shaker providing a unique service to the industry. Eric is a hard-working hospitality guy with epic advice and an all-star list of guests. Some previous podcasts include topics like:

Heather is also the author of "The Chicago Homegrown Cookbook" which features farm-to-table chefs in the great culinary hub of Chicago. She has journalism degree from Northwestern University and is a graduate of the Washburne Culinary Institute in Chicago. If you connect with her, ask her about her love of tater tots!

In 2017, Brooklyn-based Jenna Telesca became Editor in Chief of Nation’s Restaurant News. As part of the appointment, Telesca also was promoted to editorial director of Restaurant Hospitality, Nation’s Restaurant News’ sister publication for independent restaurants. Since then, she has advanced the content strategy for the leading foodservice media channels. She is a long-time veteran at Nation’s Restaurant News, serving up breaking news and analysis in the food industry, as well as reporting on foods service, retail, and agriculture trends. She is a graduate of the University of Chicago and has a master’s degree in writing from CUNY Queens College.

David is a global food and beverage industry consultant and trend watcher. He is the senior principal of Technomic, Inc., where he manages client engagements and development, engagement oversight, and industry relations.

He is a well-known restaurant industry commentator, and has appeared regularly on Bloomberg, CNBC, Fox Business, MSNBC, CBS, NPR, and ABC, among others. Dave is also a featured speaker at high-profile industry events, including the National Restaurant Association Show and BAR Show, the Flavor Experience conference, the Nightclub & Bar and VIBE annual trade show/conference, the International Foodservice Manufacturers Association’s (IFMA) Forecast and Outlook and Introduction to Foodservice Fundamentals seminars, the Beer Summit, Foodservice Equipment & Supplies State of the Industry seminar, and more.

Whether you are in the restaurant industry or not, you know there is a lot involved in running a restaurant. This is where Jaime Oikle comes in. He is the owner of Restaurant Report and RunningRestaurants.com, a consultancy dedicated to helping restaurants profit through interactive seminars, webinars, downloadables, and classes. He even offers helpful resources to manage smart systems that improve efficiency of your restaurant’s operations, training, inventory management, cost analysis, and marketing efforts.

Anthony is an American author, chef, and TV personality. Here are a few tidbits about Anthony that make him worthy of being followed:

Marcela is a celebrity chef, television personality, author, and businesswoman. She began her professional career as a Food Editor for Bon Appétit Magazine. Since then, she has been featured in The Wall Street Journal, People Magazine, Food & Wine Magazine, Los Angeles Magazine, NY Daily News and has appeared on national TV shows such as The TODAY Show, The Talk, The Chew, The View, Access Hollywood Live, The Rachael Ray Show and more.

Marcela was the host of the Food Network’s television series Mexican Made Easy and a co-host of The Kitchen. Marcela is an author to multiple food books, including “Mexican Made Easy,” “Fresh Mexico,” and most recently “Casa Marcela,” which published in late 2017.

Part Ethiopian, part Swede, Marcus serves up the ultimate mash up of cultural dishes. Marcus is the owner and operator of 12 restaurants and a nationally recognized food personality. In his early 20s, Samuelsson became executive chef of Aquavit, and soon after that became the youngest ever to receive a three-star restaurant review from The New York Times. In 2003, he was awarded "Best Chef: New York City” by the James Beard Foundation. Marcus is also the author of multiple cooking books, “Yes, Chef”, “New American Table,” “The Soul of a New Cuisine,” “Marcus Off Duty,” and The Red Rooster Cookbook,” and “Make it Messy: My Perfectly Imperfect Life”.

Zachary is the new Culinary Director at Pomegranate Hospitality, Which is in the work to open 2 new restaurants this spring.  Zachary is the 2017 James Beard winner in the “Rising Star Chef of The Year” and also was named among Forbes’ coveted “30 Under 30” list.  While working to earn his business degree at Tulane University, he met Alon Shaya and soon realized he wanted to become a chef.  After college, he racked up experience, traveled throughout the world and spent almost four years working under Michael Solomonov at Zahav, the celebrated Israeli restaurant based in Philadelphia before joining back with Shaya in New Orleans.  Zachary rose from sous chef to chef de cuisine within one year before moving on to his new role as Culinary Director.

ShiftNote is an Online Manager’s Logbook and Employee Scheduling Software available to make all those hairy management tasks easy to control in one simple interface. Start your research and see how technology can help your management by exploring ShiftNote! 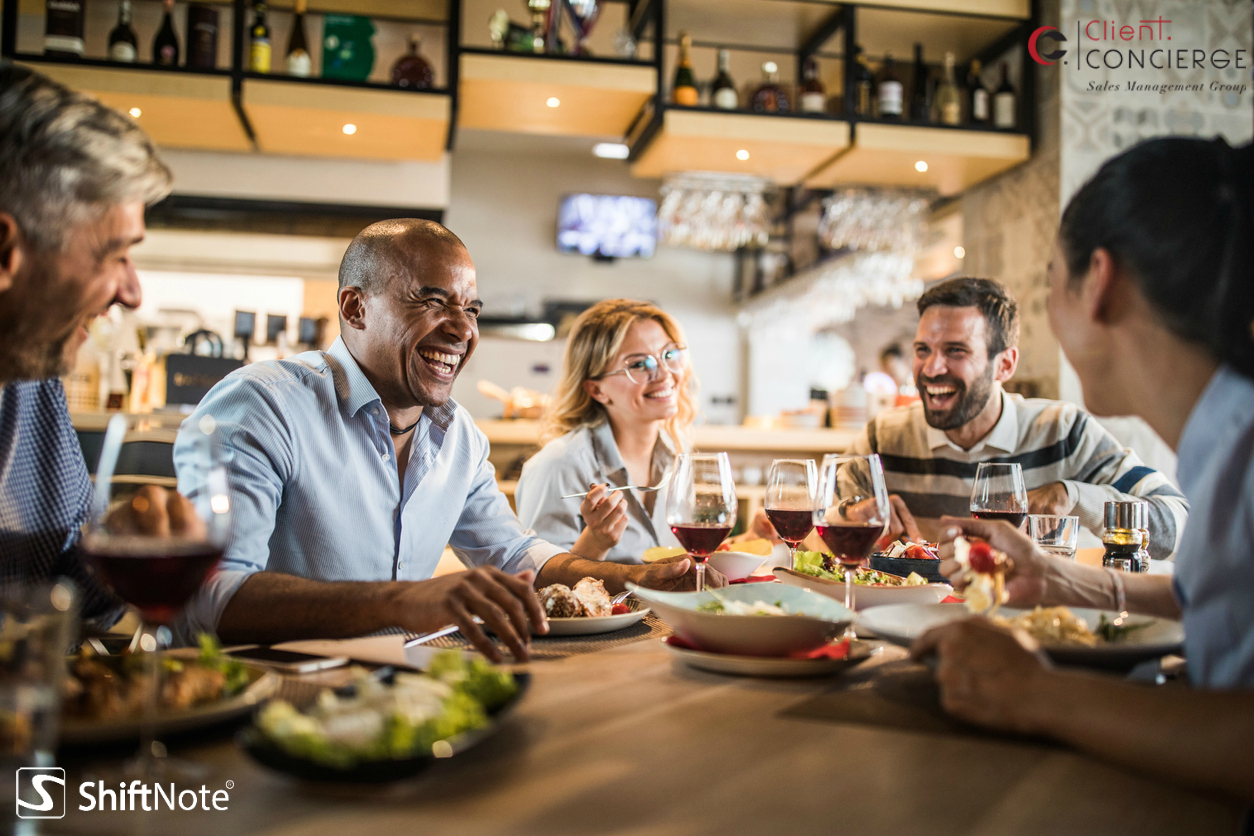 Learn how to keep your restaurant booked from Dina Coventry, an experienced leader in the hospitality industry. She uncovers some {duh} moments that you wish you...

Any successful manager knows that happy employees are what bring a business the most success. When employees are happy, that means increased employee engagement and...