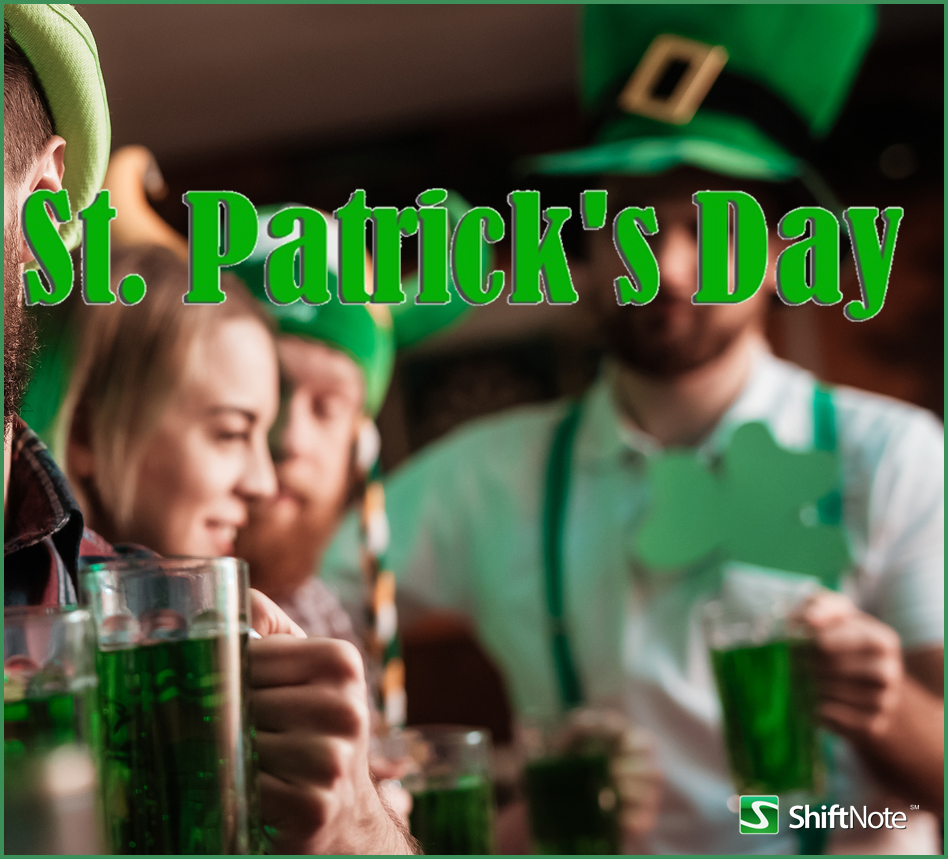 Of the many holidays throughout the year where food and drink are part of the traditions, St. Patrick's Day provides a great opportunity for people to go out and celebrate with green everything - from clothes to beer to food. As St. Patrick's Day falls on a Saturday this year, there is no doubt that people will be flocking to restaurants providing some solid fun and St. Patrick's Day traditions. But where did this holiday come from? Why is green beer mandatory? What are some of the best Irish dishes to include on a menu to celebrate the holiday?

A Brief History of St. Patrick

Born Maewyn Succat in Rome, St. Patrick was enslaved by Irish Pirates and taken to Ireland in the fifth century. He turned to Christianity to get him through the tough times in enslavement. After 17 years as a slave he escaped and spent his life in Ireland converting Druids to Christianity. He even changed his name to Patrick, as it derives from the word meaning father figure in Latin, and became the Patron Saint of Ireland. Often arrested and persecuted, St. Patrick did not give up on his goal of spreading Christianity throughout Ireland until his death on March 17th.

Tales of his accomplishments are legend and, while not founded in complete truth like the story of him driving snakes out of Ireland, the centuries of storytelling created a fascinating figure. For all the work he did in spreading Christianity, despite the legendary tales of how he spread the religion, the Catholic Church made March 17th a religious holiday called Feast Day in 1631.

Why Food and Drink Are Part of St. Patrick's Day Celebrations

Since St. Patrick died during Lent, Feast Day was created to honor his life and give Christians a day off from the fasting that leads up to Easter. The problem was Christians began to use St. Patrick's Day as an excuse to go overboard on indulgence (especially in Ireland) by practicing gluttony when it came to food and drink. The Church saw it getting out of hand and, in 1720, associated the shamrock with the holiday to remind people that the day was based in religious practice. This is due to a legend that St. Patrick used a shamrock to explain the Holy Trinity.

The shamrock became part of the tradition, but did not slow down Christians from over celebrating the holiday with food and drink. In 1762, New York City with their large number of Irish immigrants started a parade with plenty of food and drink available in pubs and bars after the parade. The Irish Rebellion took place in 1798 and, while the British wore red in battle, the Irish distinguished themselves with the color green. This replaced the holiday's traditional color of blue (associated because of the royal nature of St. Patrick) with the color green.

It became tradition through the centuries to celebrate St. Patrick's day with traditional Irish fare including corned beef and cabbage and plenty of beer so people of all income statuses could afford to celebrate with drink. On an average day Americans drink about 600,000 pints of Guinness and 3 million pints on St. Patrick's Day.  This year Guinness is predicting 13 million pints will be consumed on this Saturday holiday.  As for Green beer, it did not become popular until the late 20th century. Before the 1980s, all businesses and pubs would close on March 17th to observe the holiday. While celebrations occurred in homes, Budweiser wanted to cement St. Patrick's Day as a beer-centric holiday by promoting drinking green beer to observe the day. The marketing campaign was a huge success and it became tradition to open the pubs on St. Patrick's Day and serve green beer to remember the Irish Rebellion and blow off some steam during Lent.

Corned beef and cabbage is actually a pork and potato dish in Ireland, creating an Irish bacon out of the pork. At that time, potatoes were plentiful and pork was one of the cheapest meats you could buy in Ireland. After the first St. Patrick's Day parade in New York City, more Irish immigrants began flocking to the United States. When they arrived, pork was actually one of the most expensive meats you could get in America. This caused them to switch to using beef to make corned beef. While potatoes were certainly cheap, there was a great deal of discrimination at the time against European immigrants. This made it difficult for Irish immigrants to go to markets owned by natural born citizens. Irish immigrants began frequenting Jewish delis and markets where they discovered the affordability and great flavor combination of cabbage with corned beef. It became an Irish-American traditional meal and is now a staple for St. Patrick's Day.

ShiftNote is an Online Manager’s Logbook and Employee Scheduling Software available to make all those hairy management tasks easy to control in one simple interface.  Start your research and see how technology can help your management by exploring ShiftNote!

While the stores are slammed over the holidays, sometimes restaurants have a harder time drawing guests. ABC News reports 40% of a store’s annual revenue may come...

What better way to celebrate Mother’s Day than to take your mother out for a special meal? This is the thought that many dads and children have when planning the best...