It is that time of year again, quite possibly everyone’s least favorite time of year (besides tax season). Daylight Savings Time ends on November 5th, meaning we all have to “fall back” and gain that extra precious hour of daylight (and of sleep!). With the irritation of waking up an hour earlier and being more tired than usual for a couple of days, people always wonder, “Why do we even do this?” To celebrate the day, here are six facts about DST that you may not have known.

Only 40% of Countries Use Daylight Savings Time

As of today, 40% of countries around the world follow DST rules. Countries in the tropical regions do not have a need as the sun is consistent throughout the year. Likewise, many countries used to participate in DST and have chosen not to for a variety of reasons. Visit Time and Date to learn which countries currently participate and which countries have in the past.

DST Used to Be for Energy Conservation

The countries that do still participate are not only doing it to torture people into waking up early. Originally, many countries opted into DST to conserve energy. The thought was that, by “adding” an extra hour of daylight in the spring, people would use less artificial light. This started in 1916 in Germany two years into World War I when the people of the empire set their clocks forward an hour in the spring. This ultimately led to the conservation of "fuel for the war" cause. Other countries in the war effort copied Germany’s efforts, yet many reverted back to standard time before it became commonplace during and after World War II. With the prevalence of screens from computer to television screens to cell phones, that theory is not effective any longer.

Many people believe that Germany started DST, but in reality a small town in Ontario began DST eight years before Germany in 1908. Other provinces and towns in Canada followed suit in the next few years and it became so popular that people naturally set their clocks forward in the spring and back in the fall.

Benjamin Franklin is Wrongly Thought of as the Father of DST

A Scientist and a Builder Started DST

If you think falling back an hour is bad, remember that it could have been two hours! In 1895, a New Zealand scientist named George Vernon Hudson and a British builder named William Willett submitted a paper outlining the benefits of DST. In their proposal, however, they suggested a two hour shift forward in October and a two hour shift backward in March.

There had been interest in the idea but nothing occurred at the time. In 1905, Hudson went on his own to offer an alternative. He suggested rolling the clocks forward for 20 minutes each of the four Sundays in April, then rolling back 20 minutes each of the four Sundays in September. Again, nothing came of this idea, but it was a more gradual adjustment to a time change.

Not All States Participate in DST

While 40% of the world participates in Daylight Savings Time, there are certain states that do not follow DST. The only states that do not observe DST are Arizona and Hawaii. The exception to Arizona is Navajo tribal lands do observe DST. In addition to those states, the territories of American Samoa, Guam, the Northern Mariana Islands, Puerto Rico, and the United States Virgin Islands do not follow DST either, due to their location and having a majority of sunny days year round.

There are quite a few states that have strong opposition to Daylight Savings Time and have legislation in progress to end the practice in the state. These include Alaska, California, Florida, Indiana, Michigan, Nevada, and Washington. 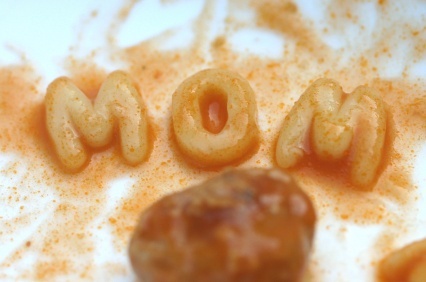 Mother’s Day was first celebrated in America in 1908, and it was commercialized soon after with cards, gifts and taking Mom out to eat. Though the spirit of this...

Unlike other holidays throughout the year, Thanksgiving is all about the food. Each person has their own idea of Thanksgiving menu staples that must be included on...